When we think about the start of a new year we conjure up ideas about new possibilities, things to come, what’s next. New Year’s is a time for making new plans, new resolutions, of focusing on the future. What we don’t often do is think about what came before. How we got to this very moment in time. So much effort is placed on looking forward that not enough credit is given to looking back. To reflecting on the past.

Last week I had the chance to participate in a great event called the “What’s Next” tour with Justin & Mary. Justin and Mary Marantz are amazing wedding photographers and teachers and they’ve hired Showit’s tour bus and are touring the country sharing and teaching professional photographers and creatives how to take the reigns in their businesses, overcome their fears and figure out “What’s Next.” There is also a second class offered during the tour that focuses on off-camera lighting with Justin… and it’s awesome… even if you’ve already mastered OCF.

I’ve had the opportunity to hear Mary speak twice before; at the 2012 WPPI Conference in Las Vegas and last Fall at the first annual Pursuit 31 Conference in Rome, Georgia. Both times I was completely taken by her amazing speaking ability and found myself on the edge of my seat hanging on every word. What was so amazing about last week’s event was that even though I had heard Mary speak before, the information again was all NEW. The “What’s Next” tour is really about conquering your fears and using reflection to learn from your failures. It’s about looking at what worked and what didn’t and then figuring out what’s next.

I know I’ve been guilty (I think we all are no matter what our profession or life calling) of moving past the failures a little too quickly. When we do that we lose out on the opportunity to really understand what caused the failure, which results in a high probability of us making the same mistake twice. Instead of running from the failure at full-speed, slow down and look at what caused it in the first place. Dissect it into small pieces and truly examine what didn’t work. Sometimes it was something small, sometimes it was something large. Sometimes it will be something so HUGE you won’t be able to believe you didn’t see it in the first place. But if you don’t take the time to truly examine the failure, you won’t be able to avoid it the next time.

One of my favorite quotes from the “What’s Next” tour stop was “FAIL FORWARD.” How true is that? It takes all of the victories and all of the failures to bring us right to this moment where we are today. Every single one. But instead of letting the failures bog us down and sink us, we can choose to let the failures move us forward. We can choose to learn from them, to grow from them and to allow them to be part of the fabric of who we are.

At the Pursuit 31 Conference last Fall, Mary talked about the beauty of scars. Scars aren’t something that you generally think of as beautiful, but rather something you hide. They are evidence of a hurt. Of damage. Destruction. Yet, as she so eloquently shared, scars only form on the living, not on the dead. They are proof that what lies underneath is alive and is fighting. A scar is failing forward. It is covering up the hurt, the damage, the destruction and it is moving ahead.

So as you move ahead into 2013 do be sure to take a few moments to reflect on the scars you gained in 2012. Step back and examine the things that worked, examine even more closely the things that didn’t. Make a plan for where you want to go in the future. Then put on your boots, head out into the cold and get to work on what’s next.

There are still five tour stops left on the “What’s Next” Tour with Justin & Mary; Washington D.C. (TONIGHT!), New York City, Indianapolis, Nashville and last but not least, Kansas City, MO. For more information about the tour and to purchase tickets visit the What’s Next Tour website.

One of the little things I consistently fail at is taking images during workshops. I always find myself so engaged in what’s being said and taught, that I very rarely step back and take out my camera (even though I almost always have it with me). One of my goals for 2013 is to do a better job of documenting my life by taking that camera out of the bag and taking those pictures I always wish I had later. 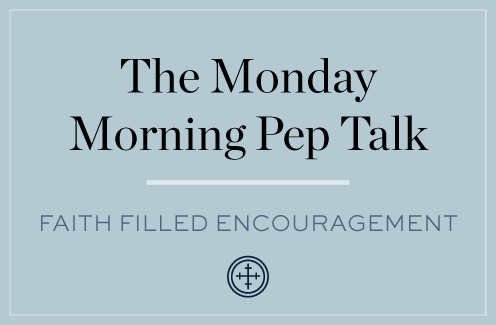 « The Farm at South Mountain: Natasha and Brian’s Wedding

Obsessed with the Dress! »